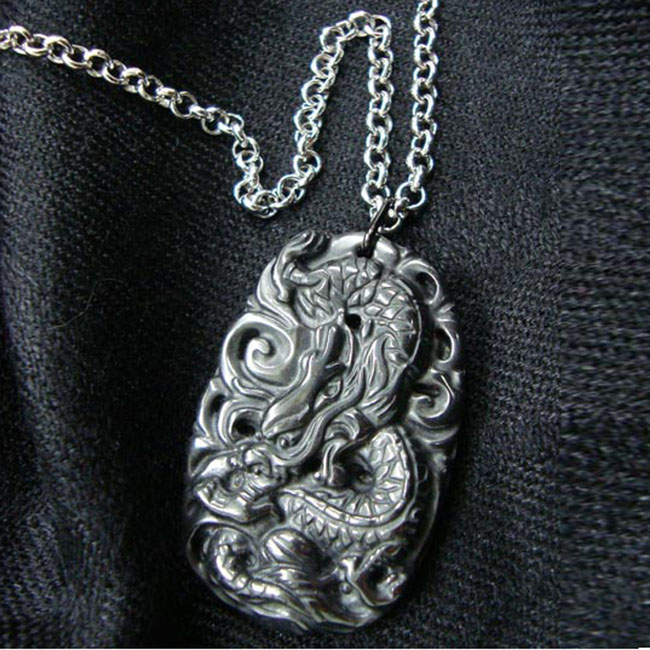 Hematite is also known as “black diamond”, a beautiful and lustrous gem. In the ancient times, it was a charm for soldiers during wartimes, a stone leading to victory, used as a guardian stone for competitions, successful achievement of goals, and rivalries of love. Carved onto this piece of hematite is one of the Four Spirits in the Myths of the Sovereigns and Emperors, also known as the Dragon, which existed as the ancestor of all emperors.The location of fortune for the hematite stone is said to be in the north, which is called “genbu/xuanwu” in fengshui, “black” as its representing color, thus also giving the hematite stone the name of “genbu’s stone (xuanwu’s stone)”. The “Mystic Dragon Pendant”, black hematite skillfully carved with its guardian dragon, is the one evil-warding stone that will keep you away from danger.

More from my site